Mr. Ramirez
SST Schertz Principal
Mr. Ramirez is in his eighth year with the School of Science and Technology. He began teaching fifth-grade math and social studies for the SST Alamo campus. Shortly after, he became Assistant Principal, Dean of Students. Mr. Ramirez served as Dean of Students for five years before becoming a founding administrator for SST Hill Country, where he served as Dean of Students and Dean of Academics for a year. He has also served as campus Federal Programs Coordinator and Campus Testing Coordinator for both campuses.
During those first few years with SST, Mr. Ramirez taught an after-school martial arts club with up to 40 students at a time. While he taught fourth-grade social studies and seventh-grade Texas history, he acquired his Principal certification. His dedication to growth and advancement prompted his current appointment as Principal of the SST Schertz campus.
Mr. Ramirez found his home when he joined SST. It is the first and the last school system he hopes to work for. He was born and raised in San Antonio and graduated from Thomas Jefferson High School. He earned a Bachelor's degree in History from the University of Texas at Austin and a Master's of Business Administration degree from UTSA. He completed his Principal certification coursework through Lamar University. Mr. Ramirez's favorite pastimes include spending time with his three sons, woodworking, playing basketball, camping, traveling, playing saxophone, and collecting vintage vinyl.
Contact: [email protected]
Mrs. Jennifer Aceves
Assistant Principal, Dean of Academics 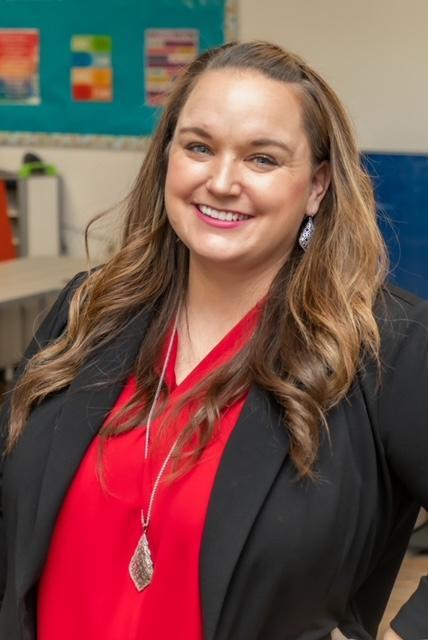 As a long-time SST employee, I have had the pleasure of moving up through the system starting as a teacher. I used that experience to support the creation of the SST curriculum team supporting math and science, and then transitioned into an on-campus admin role. I have three children that are coming up through SST and have seen the benefits of the unique opportunities that SST has provided from both perspectives. As an educator and student advocate, I encourage teachers to create 'moments' in teaching that outlive the student's time in their classrooms... experiences to connect standards to real life and reach high-set goals. I am a proud SST parent and educator and look forward to serving the Schertz community.
Mrs. Cochran
Assistant Principal, Dean of Students
Monica Cochran has been a part of the SST team for the past two years. Mrs. Cochran taught English Language Arts/Reading and Social Studies her first year at SST Alamo. Then, English Language Arts/Reading and writing this past year at SST Alamo. As a classroom teacher, Mrs. Cochran took a proactive approach with behavior by setting and holding consistent expectations and providing both incentives and fitting consequences for behaviors. Character development was an integral part of her classroom culture and character values were discussed often in the classroom regarding both positive and negative situations. Students in her class were empowered to own and manage their behaviors and taught coping skills to respond appropriately when faced with situations.

Prior to teaching at SST, Mrs. Cochran taught three years of English 1 and one year of English 2 at Earl Warren High School in the Northside Independent District. She also taught one year of sixth grade as an ELAR and Math teacher at Pleasant Hill Intermediate School in Missouri. She also worked as a Special Education Instructional Assistant for three years in Texas and two years in Missouri prior to obtaining her teaching degree. Before that, she worked as a recess supervisor and paraprofessional substitute for two years at Fairchild Air Force Base in Washington. Mrs. Cochran’s wide variety of experiences as a teacher, instructional assistant and paraprofessional substitute has given her a diverse skill set which is a great asset in the position of Dean of Students at the SST Schertz campus.
Mrs. Cochran has a Bachelor’s of Science in Elementary Education from the University of Central Missouri and holds five teaching certifications from the state of Texas. She plans to pursue her Master’s Degree in Educational Leadership in the near future. She is a firm believer that it requires the staff, students, and parents working together as a team in order to provide students with both the academic and social skills needed to be successful in the classroom and in life.

In her free time, Mrs. Cochran enjoys spending time with Rich, her husband of 29 years and a retired Air Force veteran turned plant manager of a cardboard box plant, three grown children (Katelyn, Kearstyn and Mackennan) and five grandchildren (Chloe, AJ, Frankie, Finley, Fenix). When not spending time with her family or working diligently as an educator, Mrs. Cochran loves to read, swim, garden, camp and hang out with her three dogs (Maddie, Sophia, Honey) and her red-footed tortoise (Tiki).
Contact: [email protected]